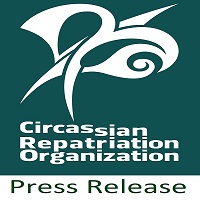 There are over 100 minority languages in Russia. Thirty-five of these different languages are considered official languages in various regions of the Russian Federation. The newly proposed amendment undermines these official languages and risks the harmony between the different ethnic groups in the Russian Federation. The CRO finds this proposal to be chauvinistic, provocative and discriminating as it is an attempt to establish a single State far from the spirit of the Federation and in a clear contradiction of human rights and freedoms to all different ethnic groups that officially makes up the Russian Federation.  Furthermore, the CRO endorses the Statement by the staff members of the Kabardino-Balkar Institute for Humanitarian Studies, regarding this issue.

Furthermore, the CRO is disturbed about the proposed clause on supporting citizens abroad as it states: “The Russian Federation provides support to citizens who live abroad in exercising their rights, protecting their interests and preserving the cultural identity of all Russians”. The CRO finds this to be contradicting with the simplest principles of the Federation where only Russians are supported and all other ethnic groups that make up the Federation are discriminated against and will be excluded from any benefits or support in preserving and presenting their cultural identity.

The CRO reminds the working group of the following two articles of the Russian Federation Constitution:

The CRO believes that the working group should abide by Articles 68 and 69 and work on implementing them in order to provide justice to all different ethnic groups that make up the mosaic of the Russian Federation.

The CRO is a strong advocate of justice, human rights and building a healthy environment where all ethnic groups are treated equally. Therefore, The CRO urges the working group to carefully discuss these proposed amendments and prepare them in a way that respects the rights of all citizens and guarantees the rights of indigenous people.

The Board of Executives of the CRO