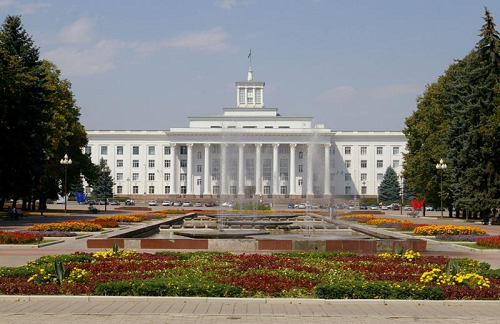 Information has appeared on the website of the State Duma of the Russian Federation that President V. Putin introduced new amendments to the bill amending the Constitution for consideration by the lower house of parliament. They are presented on 24 pages and consist of two parts. The first of them acts as a justification for the “special order” of their entry into force. Taking into account the 136th article of the current Constitution, which does not provide for a “nationwide voting” procedure, the initiative of the President of the Russian Federation does not look flawless.

The content of the document is far from optimal. The declaration of the Russian Federation as the successor of the USSR, for example, seems redundant, since from December 24, 1991, Russia officially took the place of the USSR in the UN Security Council, and since then no state has disputed this provision. The thesis about the “millennial” character of the Russian Federation also looks unconvincing. The need to ensure “protection of historical truth” also does not seem self-evident. Firstly, science does not operate with the concept of “historical truth”. A relevant term for the objective reflection of certain aspects of the realities of the past in modern historiography is the concept of “historical reliability”. However, even in this case we consider redundant the “constitutional provision” of the “protection” of issues that are resolved in the field of routine scientific procedures.

The proposal that “the Russian Federation provides support to compatriots living abroad in the exercise of their rights, the protection of their interests and the preservation of the all-Russian cultural identity” also seems to be discriminatory. The end of the thesis, declaring the need for support only to those compatriots who maintain a “nationwide cultural identity,” essentially excludes millions of Circassians, Tatars, Kalmyks and other peoples living in diasporas around the world, whose homeland republics are part of the Russian Federation.

And, finally, an unacceptable and contrary to the spirit of federalism, principles of human rights and freedoms, the right of peoples to self-determination, fixed in the current Basic Law of the country, is an attempt to establish one ethnicity, the Russian ethnicity, as “state-forming people” of the Russian Federation. We affirm that all the peoples of the Russian Federation, without exception, are the state-forming peoples.