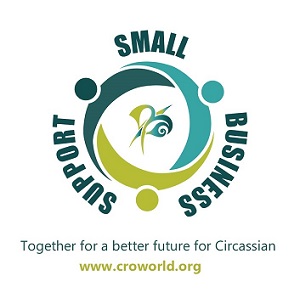 The CRO considered it desirable to give the returners who want to start a small grant business in their homeland an unprofitable loan instead of the charity system that is known in the Circassian associations in diaspora due to the following reasons:
1. It helps the borrower to feel more secure and stable in his home ,and also it helps him to take responsibility in paying up his debts.
2. It helps the the Organization in getting a sustainable financial resource in order to support new returners from these paid loans.
3. These small projects contribute to the general economy and thus the returner is no more dependent on any one.
The loan is granted according to the following basics:
1. The applicant must be Circassian , or one of his parents is Circassian.
2. The applicant must have a residency in Kafkas.
3. The suggested project from the applying borrower must achieve the economic feasibility in accordance with tables set up in due form to this purpose.
4. The amount of the loan must equal=50% of the overall project costs.
In 2016, the Organization supported 7 small grant businesses in the Circassians republics , which are:
1. Sewing atelier in Nalchik .
2. Circassian clothes sewing atelier in Nalchik.
3. Oriental foods restaurant in Nalchik.
4. Greenhouse project for planting vegetables.
5. Greenhouse project for planting vegetables in Nalchik.
6 . Project for breeding dairy cows in Maykop.
7. Greenhouse project for planting vegetables in Maykop.
In addition to what has been mentioned before, the Organization has paid the cost of one way ticket for one of the returners to the Adyghea Republic provided that later he will pay up the loan as monthly installments.
Also, the Organization has paid the costs of two tickets for a family of two persons for free, and the Organization is still responsible for the living costs of a family of a widow and her three orphaned children every month and till now.
The sources of financing these loans are from :
1. The CRO participation in the events which were held in Munich – Germany in 25/3/2016.
2. The CRO participation in the events which were held in New Jersey – USA in 7/9/2016.
3. A meeting with a group of Circassians in Istanbul- Turkey in 7/10/2016.
4. The meeting which involved the Circassian Community at Aljeel Aljadeed Club in Amman – Jordan in 13/10/2016.
5. The members subscriptions.
The required papers from the applicant and procedures:
1. Fill out the application form on the organization website.
2. Fill out the information concerning the economic feasibility in the form accredited on the organization website.
3. Signing the contract by both of the borrower and the organization representative in the form accredited on the organization website.
4. The singing of the borrower on the payment receipt on the form accredited on the organization website.
In the end, we believe that this relation between the organization, returner and home achieve the interests of the three parties , and the Organization will be able in the future to help hundreds to return to their homeland , and we ask all the members , associations and organizations to continue their supporting for the CRO in order to achieve its goals for it is already an organization for all the Circassians round the world.
2017-01-02 0 comments News