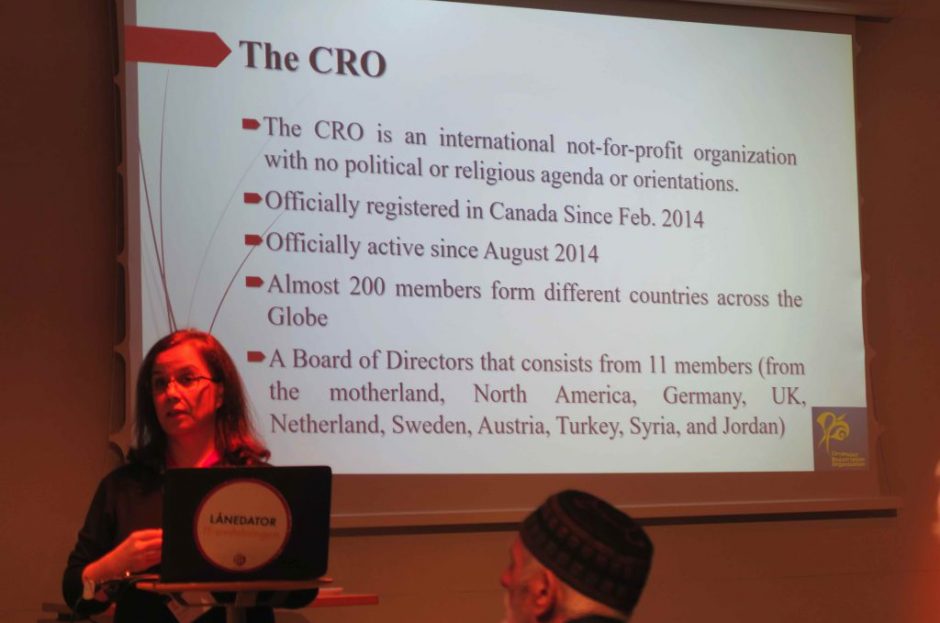 The Circassian Repatriation Organization was invited by the Caucasus Studies Center in Malmo University to participate in the second conference held by the Center under the title of: Strengthening international dialogue and Preservation of Cultural Heritage in Kafkaz.
The Conference was held on 5-6 /Dec/2018. The Circassian Repatriation Organization was represented by the board member Mrs. Tina Abzakh acting as a substitute of the chairman of the board Mr. Orfan Stass, where she presented a lecture under the title of The Russian-Circassian Relations; and she pointed out the view of the Organization concerning the Russian-Circassian relations during the last 200 years; and what are the available possibilities and the lost chances that were able to end the sufferrings of Circassians in diaspora throughout these years, and to correct history so that we can preserve what is left of the Circassian heritage and to rebuild bridges between mother land and diaspora on a ground of common interests for both the Circassian and Russian people.
And the importance of starting a meeting between the Circassian organizations and the Russian government to discuss concerned matters, and to find a solutions for all issues including the Right of Return for all Circassians to the north Kafkaz in which it will benefit both the Circassians and Russians. She also talked about the Organization, its goals, what has been achieved since its establishment until now, and its programme in financing small-grant businesses since 2015.
Several nationalities and those interested in the Circassian affairs have participated in the conference. The conference discussed many issues including the preservation of language identity, customs of the Circassian People, the limited possibilities to learn national languages and its decline in the world, and preserving the cultural rights of Circassian people which was stated by the UN deputy Mrs. Karima Banobni; also she offered her help regarding the cultural heritage of the north Caucasus people.