Circassians in the 21st century: Identity and Survival in the homeland and diaspora

The CRO participated in the National Conference held by the Caucasus studies center at MalmÖ University in Sweden under the title of:

“Circassians in the 21st century: Identity and Survival in the homeland and diaspora”

The conference shed the light on the Circassian worldwide movement after Sochi Olympic Games in 2014 and after a 150 years of migration; this incident is considered the most ill-fated event for the first generation of Circassians in diaspora. Those generations lost a great part of their basic identity, the Circassian Language.

During the last years, many civil organizations appeared on the scene working in different ways to preserve the Circassian identity or what’s left of it and to revive the culture and traditions of the Circassian community. Furthermore, the internet, social media, and the new technology helped to pave the way for global communication. Consequently, it gave a new dynamic to the Circassian movement among the people dispersed in different parts of the world in diaspora.

The main purpose of the conference is to report those advancements among the Circassians under these titles:

The Caucasus Studies Center has invited to the conference:

Also, a number of organizations, Circassian civil bodies, and activists has taken part in the conference. The participations has been displayed in two ways (power point presentation and poster presentation) due to short of scheduled time of the conference and the number of participants.

“The Relationship Between the Circassians and the Turks in the North Caucasus.” Avraham Shmulevich, President of the Institute of Eastern Partnership.

“Study of Circassian and other Iberian-Circassian Languages in Georgia as a part of the Cultural Policy of the Region.”  Merab Chukhua, Tbilisi University and Circassian Cultural Center, Georgia.

“The Current situation of the Circassian Community in Iraq: the Struggle for Survival and Formal Recognition.” Giuliano Bifolchi, University of Rome- Department of History, Cultural Heritage, Education and Society.

“Language, the Pillar of our Survival.” Miriam Yamak, Dubai, UAE.

“The mIRC Circassians: The Circassians Diaspora Online at the Beginning of the 21st Century.” Jade Cemre Erciyes.

“Identity Challenges of a Diaspora Minority: Lessons from the Case Studies of Circassians in Israel and in the USA.” Dr. Chen Bram, Truman Institute, the Hebrew University, Jerusalem.

“The Role of Minorities in Regime Security Strategy: A Case Study of the Circassians in King Hussein’s Jordan.” Matthew Hedges, Durham University.

In addition, these civil organization and agencies introduced their works by posters:

Throughout the conference many subjects were discussed by Linguists and ethnologists:

The Circassian language problems and the difficulties it has been facing. For example, the lack of a united written language, the numerous dialects according to geographical region, its diversity; and limiting its learning only in cities and emphasizing on other languages. In addition, the difference in alphabets between the language of the homeland and that of the diaspora (like using Latin alphabet in Turkey).

The conference also discussed the role of the Internet, bloggers, and social network in communicating and coordinating with the Circassian activists worldwide.

Also, a part of the conference highlighted the idea of gastronationalism in preserving the identity. Dr. Zeynel Besleney from London spoke of the role of The Circassian cuisine which helped to preserve the Circassian identity especially in Turkey. During the lecture, photos for many restaurant and cafes in different parts of Turkey showing products having Circassian names and designs have been displayed.

Here you will find the whole presentations

And some information about Malmö University Department of Caucasian Studies 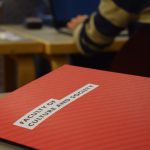 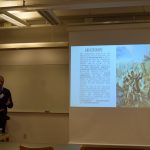 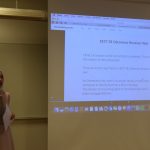 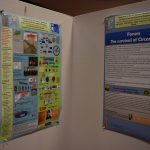 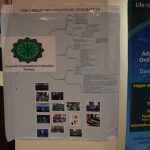 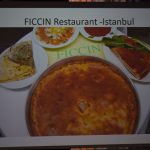 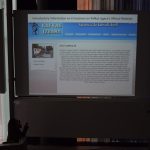