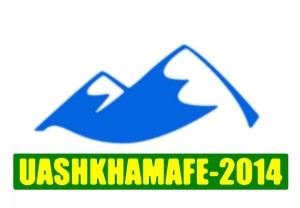 Dates: 16.08.2014 ― 28.08.2014. Location\venue: the Russian Federation, Prichernomorskaya Shapsugiya– rally across the territories of: Krasnodarskiy krai, republic of Agygeya, Stavropol region, Karachaevo-Cherkesskaya and Kabardino-Balkarskaya republics — Elbrus area. The object of the project: to attract the attention of Russian and global public to the cultural, linguistic and spiritual disunity of the Circassians — people who once inhabited the area of the Northwest Caucasus.Number of participants: 50 people. Goals and Objectives of the Project:

Ideology: The program aims at creation of a platform of live communication among the Circassians living in the Russian Federation and foreign countries, as well as the establishment of cultural relations between them. The Circassians from diasporas will get a real chance to explore their historical homeland, to visit sacred historical places for the Circassians. The Organizers of the project say that Syria has been ongoing armed conflict for the fourth year in a row, and the Circassians, our brothers and sisters, got unwillingly involved in it. Project participants want to give moral support to their compatriots in the zone of armed aggression and commit their project to savior of the Circassians in Syria and to return to their native soil. They hope to draw the attention of the Russian authorities to the organization and implementation of the visa facilitation for the Circassians who wish to return to their homeland. There is a real possibility- with the participation of the state structures of different levels -to create special programs for teaching Russian – the state language on the territory of the Russian Federation, assistance in finding jobs, housing, etc. Implementation of the project as a whole will: create a positive reputation of the Circassian community in the world, bring approval from people at large and draw attention to tourism in Adygea and Kabardino- Balkaria. Public organization “Circassian World” hopes the project will help to show global community the depth of the problem from spiritual, linguistic and cultural disunity of the Circassians and will help to restore a positive image of a Circassian in the eyes of Russian and global community .

Members of the Organizing Committee

Levels of the event:

August 22, 2014Alternative variant of the mountain-climb to Tcheget or waterfall Devichii KosyAlpina August  23, 2014climbing by cable car up the slope of Iuashkhamafe, overnight stop in the campPriyut 11Overnight stop in Priyut 11August 24, 2014training climb to Pastukhov Rocks depending   on the readiness of the group of climbersPriyut 11 August 25- 26, 2014climb to the top of Iuashkhamafe, depending on the weather conditions, down to the place of encampmentPriyut 11 August 26-27, 2014Returning to Nalchik, gala dinner DjeguNalchikOvernight stop in NalchikAugust 27-28, 2014completion of the program, farewell leaving of the project participantsNalchik Project participants:  The Circassians from the Russian Federation, Turkey, Israel, Syria, Jordan, USA, Germany, France, Holland and others.  Financing: The project is financed by the participants. For those who need a visa, we offer assistance in its issuing. Necessary items and travel expenses to the place of destination and back, as well as food and accommodation are at the participants’ expenses. Estimated amount is about $ 1,000.   List of needed items: ― passport; ― air /railway tickets; ―it is highly recommended!! to take adyge fashe, adyge sae, adyge nyp, adyge pschyne, phek1yk1, photo- video equipment ― running shoes for trekking (for acclimatization hikes and mountain shelter); ― flip flops, shower slippers; ― warm jacket; ― waterproof and windproof jacket and trousers; ― warm sweater; ― thin sweater; ― longsleeves (2-3 pcs); — shorts, sport pants\sweat pants; — thermos; — sunglasses;Our website:  www.umaho.ru